First City Monument Bank (FCMB) Limited has reiterated its commitment to support activities that promote and add value to Nigeria’s culture and heritage which are alsocapable of boosting tourism and other non-oil sectorsin line with the Federal government’s ongoing drive to diversify the country’s economy. According to the Bank, this is the rationale behind its decade long support for the annual Ojude Oba Festival, a carnival-like celebration of the traditional, cultural, spiritual, economic and other accomplishments of the people of Ijebuland in Ogun state. Consequently, FCMB has assured its stakeholders that its participation in this year’s Festival, which holds in Ijebu-Ode on September 3, 2017 will be grand, exciting and rewarding for the thousands of people within and outside the country that would grace the fiesta. The Group Head, Corporate Affairs of FCMB, Mr. Diran Olojo, gave the assurance at a press conference held on August 22, 2017 at Ijebu Ode, to kick-off activities for the Festival. FCMB has over the years been a major sponsor of the Ojude Oba Festival and has continued to play a significant role in ensuring its success.

The Ojude Oba (which in Ijebu dialect means, the king’s fore-court or frontage) is a major festival in Nigeria that began over 100 years ago. It brings together all sons and daughters of Ijebuland in Nigeria and diaspora. During the Festival, various age groups (popularly known as the Regberegbes), indigenes, their friends and associates from far and near – all in their colourful costumes and riding on horses – throng the palace of the Awujale and Paramount Ruler of Ijebuland to pay homage to him amidst prayers, songs, tributes and other fun-filled activities. Apart from serving as a distinctive platform to reconnect with the values that sustain the town’s rich history, heritage and industrious uniqueness, the festival also goes a long way to boost business activities, tourism and the general hospitality sector in the area.

In a goodwill message to the Awujale of Ijebuland, Oba (Dr.) Sikiru Adetona, the Group Chief Executive of FCMB Group Plc, Mr. Ladi Balogun, congratulated the monarch, sons and daughters of Ijebuland for promoting the values of the ancient city through the festival and other socio-economic activities. He stated that FCMB is committed to the longevity of the Ojude Oba Festival and the economic prosperity of Ijebuland, just as he urged the people to see the Festival as a fulcrum to inspire individuals and businesses for heightened creativity and increased productivity. According to him, ‘’over the years, the Ojude Oba Festival has grown to become the most popular gathering of the people of Ijebuland and a significant tourist attraction. With her large diaspora population, talented artists and rich cultural diversity, Nigeria is well positioned to reap the opportunities that globalisation presents to showcase her artistry and festivals, whilst bringing increased economic activity to communities that host such, such as Ijebu Ode. As we seek to diversify our economy, tourism and culture represent a low hanging fruit that must not go untapped’’.

In the same vein, the Founder of FCMB Group who is also the the Olori Omo-Oba Akile Ijebu, Otunba (Dr.) Michael Olasubomi Balogun, CON, in a goodwill message to the paramount ruler of Ijebuland expressed his gratitude to the Awujale, especially the paramount ruler’s selflessness in attending to the different requests and yearnings of the people of Ijebuland. In a message delivered on his behalf by Mr. Diran Olojo, the Bank’s Head of Corporate Affairs, Otunba Balogun commended Oba Adetona for his distinguished and exemplary leadership over the years. ‘’I for one continue to be proud as your Olori Omo-Oba to lead the way in showing our appreciation by being very close to you and showing unflinching loyalty. Let me thank you and the good Lord, our Maker that you have been unrelenting in showing that you appreciate my regular homage and tribute to you. I can say without fear of anybody gainsaying it that from year to year, on a daily basis, the appreciation of all Ijebus for the way you extend yourself to their different requests and yearnings, is such that the annual paying of homage, is not just the only occasion we would want to be showing our appreciation because you continuously earn our affection and our adulation’’, Otunba Balogun emphasised. while congratulating the entire indigenes of Ijebuland, the FCMB Founder also prayed that the monarch’s reign would continue to bring joy and prosperity in abundance to the entire Ijebu race, at home and in the diaspora.

First City Monument Bank (FCMB) is a member of FCMB Group Plc, which is one of the leading financial services institutions in Nigeria with subsidiaries that are market leaders in their respective segments. Having successfully transformed to a retail and commercial banking-led group, FCMB expects to continue to distinguish itself by delivering exceptional services, while enhancing the growth and achievement of the personal and business aspirations of its customers. 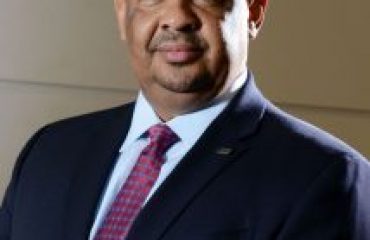