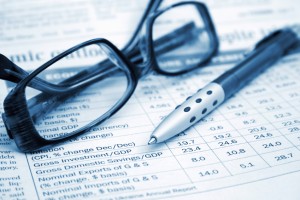 In a competitive marketplace, developing a reputation as an expert is one of the best forms of career insurance. Having a blue-chip personal brand is powerful for international thought leaders, who can leverage it to command exorbitant speaking fees. But it’s also helpful for professionals who work inside corporations, where a great reputation can bring coveted promotions and opportunities. Here’s how you can become recognized for your expertise inside your company.

First of all, it’s important to recognize that you don’t have to start out as a worldwide expert. Too many people discount their value. You can coach others on writing better business memos even if you’re not Shakespeare, or lead an office running group even if you’re not Usain Bolt.

Michael Leckie was a vice president of human resources for a prominent research company when he developed an interest in coaching. Although the subject was related to his job, it wasn’t part of his actual responsibilities—he simply began studying it because he wanted to. He started out as a novice, compared to worldwide authorities, but he quickly grew to be one of the most knowledgeable people about talent development within his company. “When you start building your brand in a corporation, it’s a confined space,” he told me in an interview for my new book, Stand Out. “You don’t need to be the best in the world; you just need to be the best one there. You can be a big fish in a little pond, and if you’re the biggest fish in that environment, you get bigger and can then start to do things outside the organization.”

In these early stages, it’s important to be clear about what you know and what you don’t. If you try to prematurely position yourself as an expert who can compete with industry giants, you risk losing credibility when you’re faced with a question or challenge you’re unsure about. But if you’re honest about where you are in the process – experienced with some facets and still learning others – then others are likely to respect you for your superior knowledge and not hold it against you if you don’t know everything.

As your profile grows, it’s also important to ensure that your company understands the value of your public brand. This is especially important if, like Leckie, you’re cultivating expertise on a subject that isn’t part of your core responsibilities. “My world is [the firm], so I need to have my brand aligned to what matters to them,” says Leckie. Developing his coaching brand began to raise Leckie’s professional profile in general, which eventually to led to an invitation to give a keynote talk for a client’s conference of technology leaders. The keynote was an exciting opportunity for him, but his superiors could have viewed it with suspicion (Why is he getting all this attention? Why isn’t he concentrating on his real job?) if he hadn’t taken the time to show them how it was relevant to the company’s business objectives.

“With outside things, you have to make sure you’re explaining them [in terms of] what matters in the organization,” said Leckie. “Otherwise, they start to look, to some, like a distraction.” He didn’t assume his boss’s boss would understand why it was important for him to speak at the conference – rather, Leckie explicitly articulated the keynote’s business benefits to him. “What he’ll be excited about is great interactions with the client,” Leckie said, “and that I’m out there developing business and increasing the relationship they have with us.”

Finally, it’s important to recognize when it’s time to expand what you’re known for strategically. “Sometimes your brand is more happenstance than thoughtful,” says Leckie. “It may be about things you like, but it’s not necessarily leading you where you want to be moving toward.” Leckie realized he’d been so successful at building his expert reputation around coaching and talent development that those skills — even though they were valuable for an HR leader — were beginning to overshadow others that were deemed more critical inside his company. “My brand got established and it opened the door, but it also began to shut other doors. It became clear to me that while I was really good at building and driving a team that got great business results, when people were talking about me, it wasn’t about business results; it was about the more unique elements of my brand [such as coaching].”

That’s why he decided to make coaching a “sub-brand.” In other words, he didn’t abandon it, but he started emphasizing it less in favor of talking about his ability to drive the bottom line. “It’s giving people a language of how to think about you subtly,” he says, by shifting the topics you discuss and by enlisting friendly ambassadors to highlight your relevant accomplishments. That’s been especially important to him as he’s risen in the ranks of his company and now holds a broader leadership role.

It’s slightly trickier for professionals to build a strong personal brand inside a company, as compared to entrepreneurs or other free agents. You have to balance the unique mix of your skills and interests with your company’s needs and sensibilities. But when done right, cultivating a brand as a “local expert” inside your company can enhance your professional reputation and ensure you’re valued the way you should be. 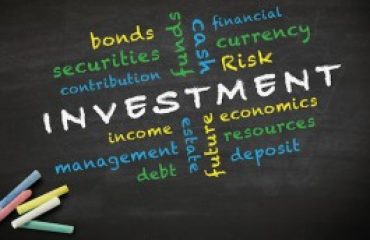 TO SAVE OR TO INVEST? 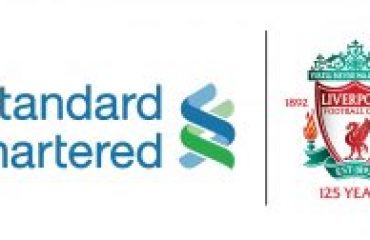