In keeping with its strategy of retail expansion in the drive to make insurance products and services readily accessible to Nigerians from all walks of life, Mansard Insurance plc has opened two new Mansard Welcome Centres in Enugu, Enugu State and Uyo, Akwa Ibom State. Following on the official opening of the Mansard Welcome Centre at Suite A5, Bethel Plaza, Garden Avenue, Enugu State was the opening of the Uyo centre.

The Mansard Welcome Centre in Uyo, Akwa Ibom State which is located at Number 110, Abak Road, Uyo, Akwa-Ibom State is meant to serve customers and prospects. The Mansard Welcome Centre was formally declared opened at a brief ceremony on Friday August 22, 2014 by the Special Adviser to the Commissioner of Youth & Sports, Akwa Ibom State – Honorable Ese Umoh. At the tape cutting event, Honorable Umoh appreciated the management of Mansard Insurance for coming to Uyo, Akwa Ibom State to empower the youths and also increase the awareness and benefits of risk management in the state. The ceremony was followed by an awareness walk to sensitize the residents of Uyo on the usefulness of insurance.

The Mansard Welcome Centres provide opportunity to purchase Mansard’s products and services in the life, non-life and health insurance segments. Customers may also receive after sales services at the centres.

The new Mansard Welcome Centres in Enugu and Uyo brings to nineteen, the number of such centers across Nigeria.

Mansard won the awards for ‘Best in Website Technical Aspects’, ‘Best in Website Content’, and ‘Overall Winner’ in the Insurance Category. According to Mr. Henry Akwara, Director, Claims & Risk Management Division of Mansard, ‘’These awards have further underscored the fact that industry watchers are appreciative of the efforts we are deploying at Mansard, especially in this digital age to deliver superior service experience to our customers’’.

The Web Jurist Awards which commenced in May 2001 have over the past 12 years, contributed tremendously to raising the awareness of organizations to the functionality, effectiveness and efficiency of their websites. The six domains of analysis include aesthetics, technical aspects, site content, web transaction processing, customer experience and performance.

Mansard Insurance website is aesthetically pleasing and easy to navigate, it is fully automated such that customers can get quotes, make purchase, chat or request to be called back on phone, lodge insurance claims, track claims processing, check statement of investment/savings policies all in real-time.

Notes to the Editor:

Mansard Insurance plc, was incorporated in 1989 as a private limited liability company and is registered as a composite company with the National Insurance Commission of Nigeria (NAICOM). The Company offers life and non-life insurance products and services to individuals and institutions across Nigeria whilst also offering Investment Management and Health Maintenance solutions through its two subsidiaries, Mansard Investments Limited and Mansard Health Limited respectively. The company also recently received NAICOM’s approval for Micro Insurance Operations. 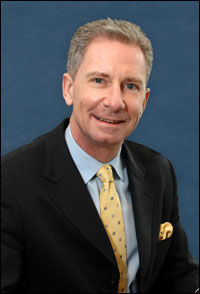