It was shouts of ecstasy as Sodiq Godwin Ajibade of Oyo State powered through a sprint finish to emerge as winner of the 2013 Cyclefest Championship at the National Stadium, Surulere on Sunday. Caleb Kalizibe (Bayelsa) and Goodnews Cifford (Rivers) emerged 1st and 2nd runners-up respectively. In the Women Professional category, all podium positions were won by the Rivers state trio of Gloria Odiase, Rita Aggo and Rosemary Marcus.

In chat with the media shortly after the race, a visibly excited Ajibade disclosed that ,” I am very happy with the organisers – Cycle Shop and GSK- for providing this opportunity to compete. I look forward to more of such with more government involvement so that Nigeria can continue to grow the sport and become a reckonable global force in cycling. I thank God for my previous experience in Algiers, Mozambique and at the Garden City Games.”

Responding to journalists, Inyang Effiong, Lead Principal, Cycle Shop Limited, organizer of the event stated that, “The level of the organisation shows that Nigeria can host cycling competition.” Addind that, “Our intention as organisers is to make cycling attractive to people of all age and profession, both as a means of livelihood as well as a recreational endeavour.” Other sponsors such as GSK – Lucozade Sport (Official Sports Drink), Equity Assurance PLC, Books on the Loose – BOTL, Canig Solutions (Events Support & Media), SSC – SijiSoetan & Co (Events Legal Services), CRI (Event Emergency Management) and Benola (Official Charity Organisation) were fully on ground.

This is the maiden Cyclefest National Cycling Championship. A total of 250 cyclists from 16 state cycling teams and four recreational cycling clubs participated. It was sanctioned by the Nigerian Cycling Federation and the Lagos State Cycling Association 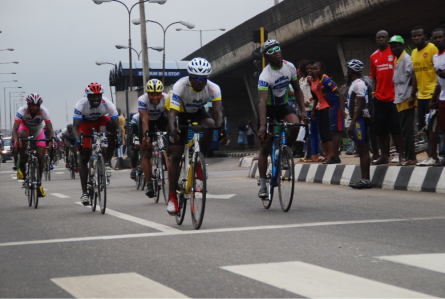 Winner, Sodiq Ajibade of Oyo State, racing up to the finish line, during the maiden edition of Cyclefest, 2013 organized by CycleShop in Lagos on Sunday. 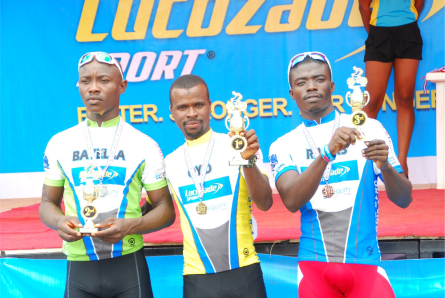 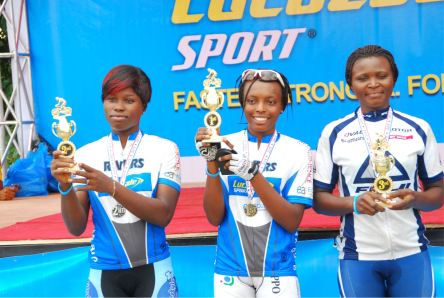 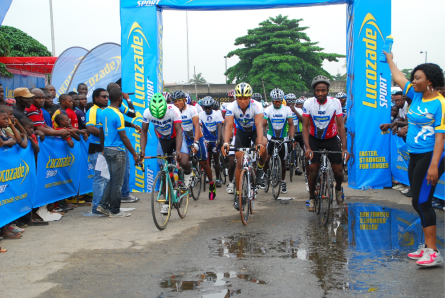 Cherry Eremosele, Head of Marketing, Nutritionals, GlaxoSmithKline, flagging off the race for the maiden edition of the CycleFest 2013 in Lagos on Sunday. 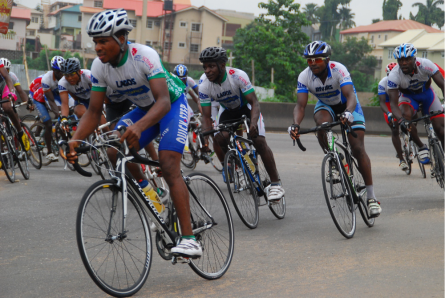 Cyclists in action during the maiden edition of Cyclefest, 2013, organized by CycleShop in Lagos on Sunday.